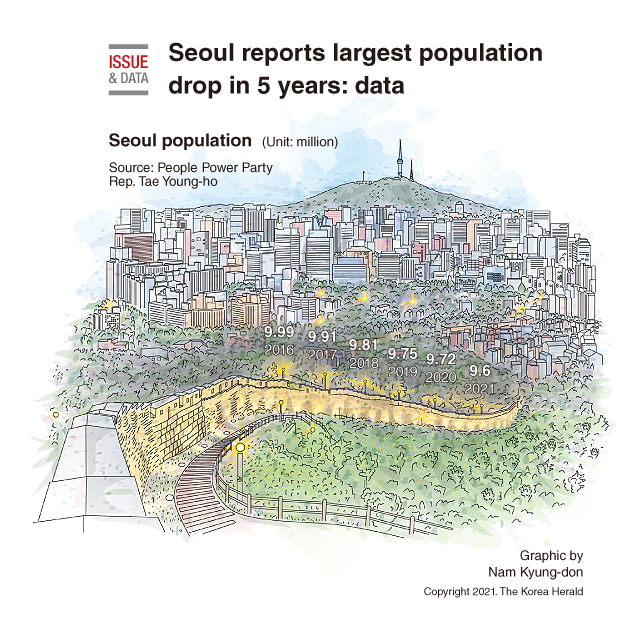 Seoul has suffered its largest population decline in five years, with the soaring housing prices likely driving people out of the capital city, data showed.

According to figures compiled by the Ministry of Interior and Safety and provided to People Power Party Rep. Tae Young-ho, Seoul had a population of just over 9.56 million as of June. Compared to a year ago, that represented a drop of 154,856, or 1.59 percent. It is the largest annual drop in five years.

Seoul had almost 9.99 million people as of June 2016, and the number has been on a steady decline since. (Yonhap)